Every Nation, Tribe, People, and Tongue

There are approximately 7.4 billion people in the world in over 16 thousand people groups. The gospel has already reached many of these groups, but 6,600 people groups have still never heard the good news that Jesus brought. 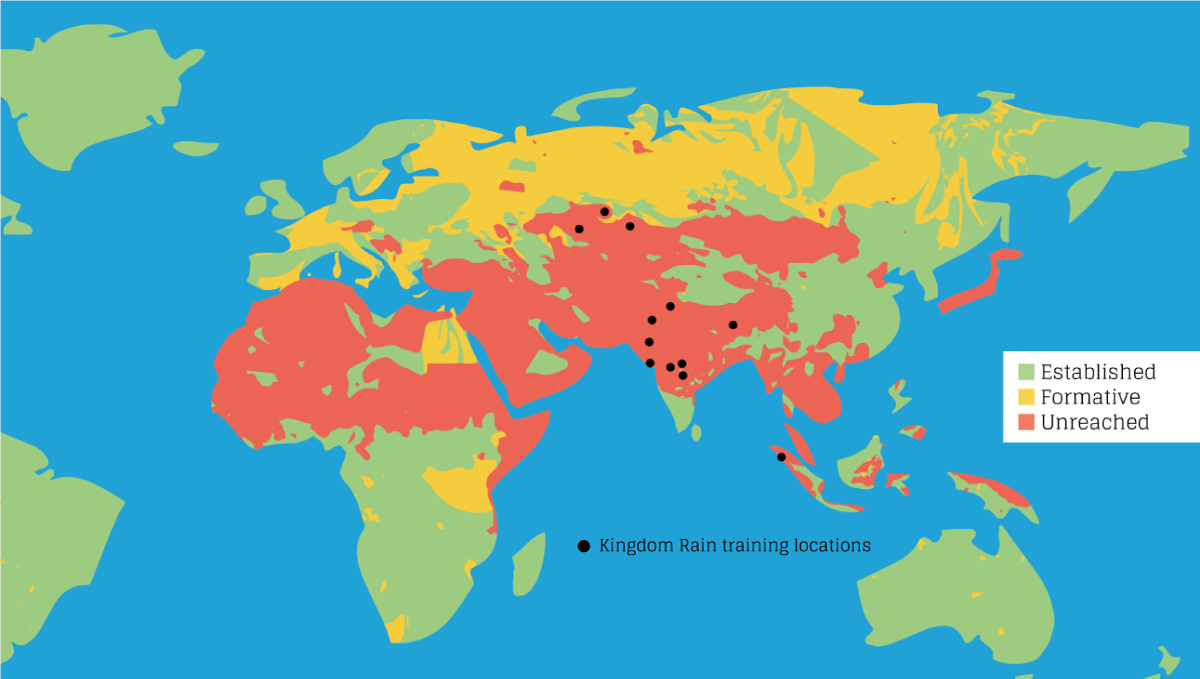 When we look at the unreached groups on a map we see that they are not randomly scattered around the world. It turns out they are concentrated in an area spanning from Northern Africa to Southeast Asia. All together there are 4.44 billion people that are considered unreached.

Our mission is to minister to the people in this region—sometimes in places that are downright hostile to the message. Reaching these people takes courage, persistence, and an effective strategy.

Our strategy is to train, coach, and release leaders that have the potential to grow and sustain disciplemaking movements the way Jesus did.

We start by identifying candidates for training. We are not looking to train just anyone; we are looking for leaders—people that others in the community are already following.

Leaders are good candidates for training if:

To learn what these leaders are doing and the impact the gospel is having, visit www.kingdomrain.org/impact.